Herbs for every location

Relating back to my previous article I mentioned that herbs cn be featured in almost any plant group. I want to further add that herbs are extremely diverse and no matter what the soil type or site location it is possible to find some suitable varieites. There is a restricting belief that most herbs require full sun however there are quite a few which will thrive in shade and some that adore it. I am concentrating this article on a few of the more popular culinary herbs.  There are also many cosmetic, medicinal and ornamental varieities which can add colourful interest to a garden with difficult or varying site conditions. These will be included in a later edition.

Sage, Oregano and thyme like a sandy soil in a sunny position. This can be achieved by adding silver sand to the soil where you plant to improve drainage. Ordinary builder’s sand may also be used but wash it through a sieve to remove any undesirable elements. There are many varieties of thyme such as orange, lemon and caraway to name but a few. French Tarragon can only be grown from division unlike the Russian variety which may be grown from seed but lacks flavour. It is a sensible idea to grow French Tarragon in a pot the first year. The following Spring divide it and plant some in open ground while retaining one for pot culture as it easily rots in winter. At least one can move the pot into a porch, conservatory or shelterd positon during spells of heavy rain. Rosemary is a great coastal plant and is often used as a shrub in landscaping. Many have had to be replaced this year due to our severe winter. There are 3 varieties I am familar with, the blue flowering upright form which is the most common. The prostrate variety which is also blue flowering and cascades from raised beds or is used as ground cover in windswept sites. It often blooms as early as february and continues doing so for many months. More rare is the pink flowering upright form, this variety I have yet to see in full flowering maturity.

This group doe not require the addition of sand as they like a rich, damp soil. There are a multitude of exciting mint varieities and as a herb I think it is under rated and under used. Spearmint is the one which lends the best flavour to mint sauce. Applemint may also be used and has the welcome characteristic of producing an array of pale mauve flowers  which attract bees and butterflies. It is extremely invasive so grow in a large pot or line the planting hole with polythene. Sweet Cicely is a herb with delicate, fern like foliage which is added to stewed fruit to reduce the acidity hence less sugar is required. It has the annoying habit of reseeding everywhere so cut off the dead flowerheads before it sets seed. Lastly I want to mention Lovage, it is a very large impressive herb often reaching 5 feet in height. It likes a fertile, damp soil so liberal watering during dry weather is vital. It tends to be a herb one either loves or hates, the flavour is strong resembling celery so use sparingly in cooked dishes. It is a herbaceous perennial which means it disappears completely in winter but emerges vigorously in Springtime.

March is one of the busiest months of all. Full scale activity begins in the garden. The recent dry spell hopefully has allowed us to complete the laborious task of clean up and soil preparation. The addition of lime to soils in this acidic area is important to consider especially for vegetable growing. A light application every 2 to 3 years will raise the ph which in turn aids the release of vital minerals while also improving the soil structure. However, beware of excessive dosage for potatoes as this causes scab disease, most other vegetables will benefit.  Now we can look forward to the delightful chore of seed sowing. For vegetables a sowing interval of every 2 weeks is ideal to ensure a constant supply while avoiding a glut. There is nothing in the garden which torments me more than an entire generation of bolted lettuces or purple sprouting broccoli reduced to flowers.

If it continues too cold for direct sowing outdoors, sow under cover. Most varieties are suitable for this culture except root vegetable such as carrots or beetroot, these cannot be transplanted successfully as they will become shapeless and inedible. So wait until April and sow outside in drills. There are various methods of seed sowing, but since my first lettuce sown during childhood, I have stuck ritualistically with the traditional if not primitive technique my father taught me. It has always given me extremely satisfying results and can easily be adopted by any amateur gardener. This simple yet exciting procedure for me is the most important and useful gardening skill of all. It bestows on us the freedom to grow those varieties we choose to test and taste, that to me is the true miracle of growing your own.

END_OF_DOCUMENT_TOKEN_TO_BE_REPLACED 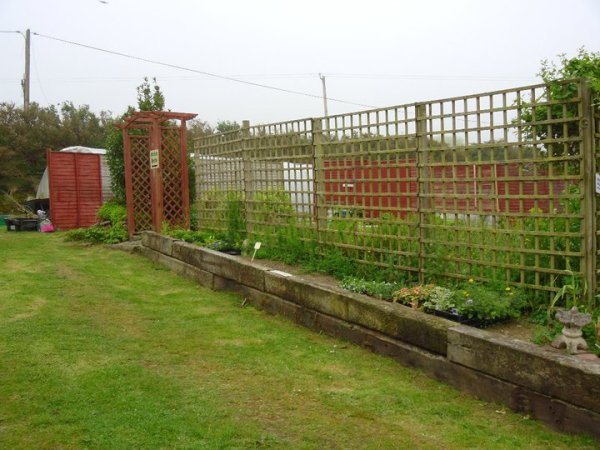 Poppy on the bank. 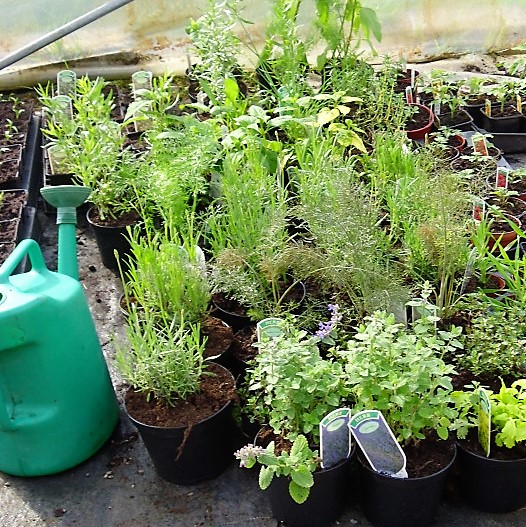 Although I frequently carry much rarer varieties of herbs, below is my standard stockholding: Orders taken from March onwards!  Please email gretasherbs@yahoo.com

Most of the plants are grown locally in Greta’s Nursery, Annascaul, on the Dingle Peninsula but herb plants are also supplied by Herbs on Thyme in Co. Kildare.

GRETA.S HERBS is run by Greta McCarthy, O’Brien who qualified in Amenity Horticulture at the Botanic Gardens, Dublin in 1983. She was proprietor of Gretas Garden Centre in Bray and Greystones, Co Wicklow.

She moved to Kerry in 1998. She has spent almost 20 years specialising in the growing and selling of herbs on the Dingle Peninsula. Greta gives talks and Demonstrations on Herb Growing to various interested groups.

She taught gardening locally in the National School in  Annascaul for over 10 years.

Greta’s Herbs can be bought in-season — typically March to September — in selected outlets in Co Kerry.

Visitors are welcome to visit the nursery by appointment.